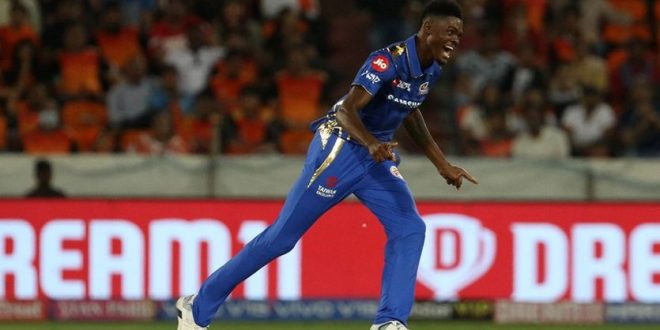 On Saturday we have witnessed a low scoring match between Sunrisers Hyderabad and Mumbai Indians. This match was fully featured by the bowlers of both the teams in which MI stood tall and won the match by 40 runs. Mumbai picked Alzzari Joseph brilliantly, who gave a comfortable victory to MI with the best bowling stats in IPL.

Last night you noticed the brilliance of Rohit Sharma. He is a very talented T20 skipper. He replaced McClenaghan with Behrendorff, and he is performing well. Rohit picked Alzerri Joseph in place of the most experienced Malinga, and Joseph broke all records in IPL on his debut match. One thing we can notice before the World Cup, that how Rohit is using young talents to capitalize a victory, whereas Indian skipper Virat Kohli has not seen in any action something like this. Rohit’s captaincy is admirable.

It was the West Indian Joseph who made the separation between the two teams and gave victory to MI with the record-breaking haul. He took six wickets by giving only 12 runs with one maiden over. Previously, on the debut IPL, the Pakistani pacer took six wickets with 14 runs against Chennai Super Kings. The record took 12 years to break by 22 years Joseph.

SRH started their innings with inform batsmen Bairstow and Warner. Rahul Chahar took Bairstow (16 on ten balls; 4X3) and gave Mumbai first success. Then the party of Joseph started. He dismissed the orange cap holder David Warner (15 on 13 balls; 4X2) on the next over. Then he took inform Indian batsman Vijay Shankar. Later Joseph took Deepak Hooda, Rashid Khan, Bhuvi, and Siddarth Kaul and made the best bowling haul in IPL.

Rohit Sharma is a brilliant T20 captain as he took four pacers and two spinners against SRH.  None of SRH batsmen did well against Mumbai bowling attack, and they suffered the lowest score in IPL history. Deepak Hooda (20 on 24 balls; 4X1) was their leading run-getter in yesterday’s match.

Earlier, SRH had won the toss and invited the visitors to bat first. The MI skipper was seen struggling with the bat and woos continue for Rohit (11 on 14 balls; 6X1) as he departed early by Mohammad Nabi. The inform batsman Quinton de Kock (19 on 18 balls; 4X1, 6X1) was dismissed early by Kaul.

Suryakumar Yadav was also not in good touch last night as he got dismissed on seven runs by Sandeep Sharma. Ishan Kishan was not also in good touch. He just scored 17 runs on 21 balls. Pollard was the man who took MI to 136 runs. He scored 46 runs on 26 balls with the help of two fours and four sixes. The most destructive Hardik Pandya was got out by Rashid Khan while assaulting him for boundaries.

Previous Can RR Cross The Russell Bridge Against KKR?
Next Can SRH Resolve its Middle Order to Beat KXIP in Mohali? 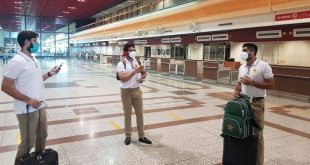 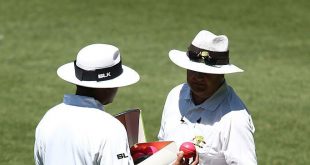 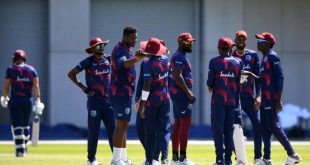 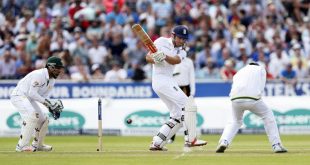