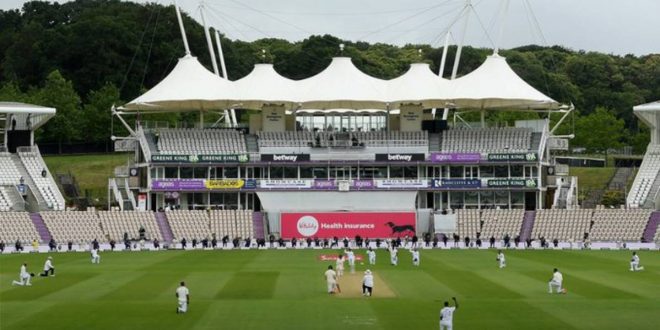 The players paid their respects

Before the game started all the players joined each other and gathered in a semi-circle on the pitch and observed a minute’s silence in memory of Everton Weekes, the great WI cricketer who died last week at the age of 95 and the other victims of COVID-19.

Under the grey cloudy skies, it was a worth watching scene when both the England and West Indies players took a knee to support the Black Lives Matter movement. They dropped in one knee and showed their respect for George Floyd who lost his life in May to racial discrimination.

The West Indies cricketers were also seen wearing black gloves on their right hands. This is an echo to the “Black Power” movement that was made popular by the US athletes in the 1968 Mexico Olympics.

Both the teams wore Black Lives Matter logo on their white collars and raised their voice against the issue.

England’s stand-in captain, Ben Stokes won the toss and opted to bat first. The game had a delayed start due to the thunderstorm. Only three overs were played when the weather became gloomy and intervened again.

All three matches are taking place behind closed curtains. No fans or spectators are allowed in the stadium. Fans can watch the game live on digital media and television.

The England vs West Indies First Test match was held in Southampton and the next two will be held at Old Trafford. The first match had to be stopped at just 17.4 overs due to the bad weather conditions. 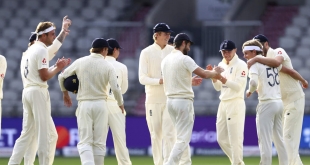 3 mins read On the England vs West Indies Second Test, day 3, Jofra Archer back in the third game after a disciplinary board decided to bring him in.