England vs West Indies Final Test saw Stuart Broad making history. The 34-year-old bowler became the seventh bowler to join the prestigious club of 500 Test wickets. He became the fourth pacer to reach the benchmark when made opener Kraigg Brathwaite plumb lbw for 19 on the third Test against the West Indies, day five.

The series was ended when Jermaine Blackwood caught behind as the West Indies collapsed to a mere 129 all out under 38 overs, while the target was a mammoth 399.

Chris Woakes returned the innings figures of 5-0 in between Broad’s strikes. Though previously Broad had seemed to be angry for being left out of the first Test against the Windies, victory soon came to England holding his hands. England lost the match at Southampton by four wickets which they recovered from on the third test, winning the series with 2-1.

The Windies were left thinking that they could have easily escaped the loss with a draw if the rain that hammered the stadium soon after, could have come a bit sooner. Stuart Broad won the Man of the Match title, playing his 140th Test, was stuck at his 499th wicket when the game was washed away due to the downpour on 4th day.

On the fifth day, he reached the 500th mark when a full-length ball struck Brathwaite’s pad. The opener did not bother to go for an umpire review because he was clearly out.

Broad thanked the Windies in his speech

“It feels amazing,” Broad told Sky Sports of his landmark achievement, which came during a behind close doors series that marks international cricket’s return from the coronavirus lockdown.

“I want to say a huge thank you to the West Indies too, the sacrifice they’ve made. This summer wouldn’t be happening without them”.

Chris Broad, Stuart’s father, a former English opener, was at the stadium to witness his son’s achievement as the referee.

“It’s a shame that my friends and family can’t be here to give a little wave to but it was great to have my dad here,” said Broad.

“It was special to get 500, it’s great to have one family member here … It feels great to do it when contributing to a win.”

James Anderson, Broad’s long-time England new-ball colleague, took his 500th Test wicket at Lord’s in 2017 September and the batsman to be dismissed was Brathwaite.

“What a stat that is that we got both Brathwaite for our 500,” said Broad.

“He (Anderson) came to me yesterday when we were batting and said you know who it’s going to be, ‘Kraigg Brathwaite’.”

When asked about his playing tactics, Stuart Broad said that he has done some technical work and changed his run-up that makes the batsman play as much as possible.

“I feel I’m bowling as well as I ever have. I’ve done some technical work and changed my run-up in the last 18 months. I’m challenging the stumps and trying to make the batsmen play as much as possible. That’s a tactical thing that’s really taken me to a really exciting level,” International Cricket Council’s (ICC) official website quoted Broad as saying.

“I felt like my alignment to the stumps was really good in this game. I had a bit of confidence and match practice from the second Test so my tempo and alignment felt like every time I released the ball I could bring off stump into play,” he added.

The only seamers ahead of Broad are Anderson (589 wickets) and Australia’s Glenn McGrath (563) and the West Indies’ Courtney Walsh (519), who are retired.

Broad further stated, “That’s my go-to: I want to make the batsman play. I don’t like to get left too often. When you come on a pitch with a little bit of wear that’s keeping low, that’s sort of my dream pitch. Most fast bowlers like it flying through, catching the edge and going to slip at chest height but if I can bring the stumps into play, it really suits my style.” 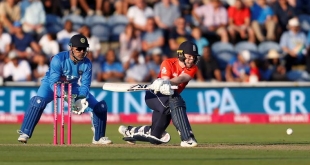 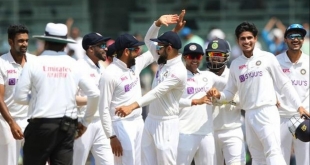 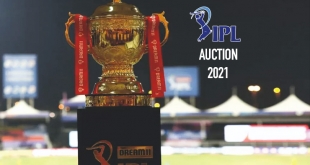 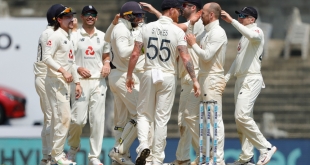 4 mins read : India vs Eng Test 3 is all set to start from 24 February at Sardar Patel Stadium, Ahmedabad. While the English team will look to keep holding their lead, India will look for a bounce-back.